​How do we deconstruct the empire we live in while simultaneously engaging with our surroundings? Artists champoy and and his partner Sarita generate an alternative lifestyle rooted in creativity to consume fewer resources, reduce their ecological footprints, and relearn ancestral ways of living on the earth in a contemporary, urban environment. champoy employs humor, assemblage and critique in his comics and sculptures.  He interweaves consumer waste with folk aesthetics and handicrafts. Sarita paints habitat in plein air to learn from ecosystem, locate transcultural identities and re-envision cosmologies.  Together they have woven a home with cultural ephemera, the land, and modular design.  Their strategies and those of others who contest late-stage capitalism reverberate and shift the paradigm we live in, often just beneath the surface.  "Tagolilong" or "invisible" in champoy's first language, Cebuano Bisaya, also serves as a larger metaphor for Pacific Asian Americans who shape and contribute to society, often undetected and unrecognized by mainstream culture.

Meet  the Artists champoy and Sarita

​champoy (born Janeil Sumampong Lim) is an LA-based artist born and raised in Bukidnon, a landlocked province in the Southern Philippines.  His drawings are heavily influenced by comix infused with abstract organic patterns and humorous images lifted from his personal cosmology and culture shock.  He also assembles  reclaimed and found materials, transforming these discarded items into relics from his imagination and ancestral visions. His works bridges the experiences that run in his bloodline, a return to ways of living as part of nature and transcending the parts within himself that are by-products of a culture that has been strongly influenced by "the colonial forces of Catholicism and Hollywood".

champoy also collaborates with communities and other artists to built alternative habitats and art structures that are installed clandestinely in natural environments.  These structures investigate the conventions of home and space and opens up a creative exploration to our relationship with things and its functions outside the consumerist capitalist models of modern living. He teaches workshops on woodworking, comix, murals, and puppet-making.

​Sarita Doughery (also known as Sarita Doe) is a Los Angeles based artist whose work documents human relationship to environment, painting habitat, dwelling, and the intricacies of ecosystem.  Through collaborative practices of reciprocity with land, spirit, and history, she reveals story in plein air oil paintings created throughout a season.  She is the co-creator of the DIY PhD, a deeper and higher education program wherein the Universe is the University, knowledges are emergent in the body, passed on in community, and remixed with practice.  Her research  culminates in Original Gift: a Textbook for Connecting to Self, Community and Planet, to be co-published this fall through Coco Press.  Sarita has held residencies at The Huntington Library Gardens and at the Women's Center for Creative Work. She currently teaches "Activating Ethnoecologies" at the University of Redlands and "Foundations in Art" at Cypress College.  She regularly shares her work  and pedagogies through artist talks in both academic and community-based settings, mapping cosmologies with people to push us out of anthropocentrism towards sustainability. She was the recipient of the 2017 Rema Hort Mann Community Artist Grant and the 2018 California Glory Hill. She currently lives and work on a mountain with her partner champoy and daughter. Learn more about her work at roomportaraits.com, or on Instagram @saritadoe 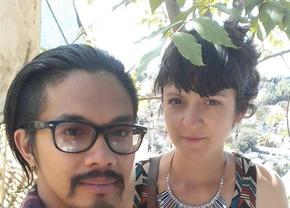 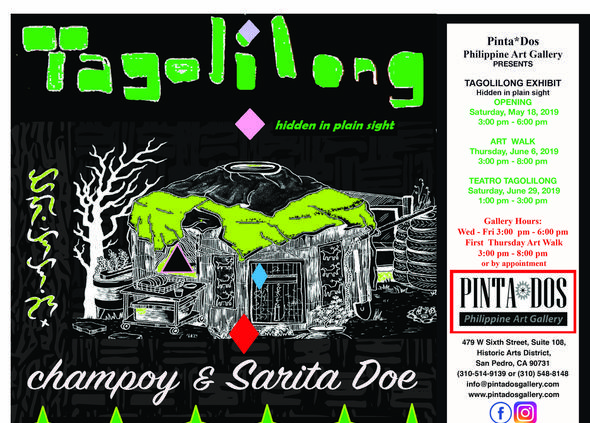 No picture, image or artwork can be used without the gallery’s permission.